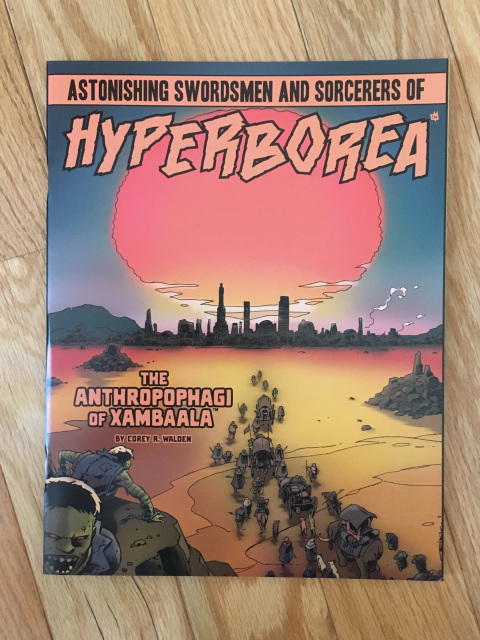 Furtive and odious tales circle through various Hyperborean ports of call. Rumours whisper of an ancient occult city, Xambaala, clinging to the edge of the Zakath Desert. Perhaps the hideous horrors said to be assailing the city in the darkest hours are exaggerated, and maybe there is some other explanation for the foreigners who are said to have disappeared to some uncanny fate. But the whispering tongues also hint that gold glints in the shadows of Xambaala, ready to be taken by the bold.

The Anthropophagi of Xambaala™ is an adventure in Hyperborea for from four to six characters of 1st through 3rd level. It is for use with Astonishing Swordsmen & Sorcerers of Hyperborea™ and other traditional fantasy role-playing games.