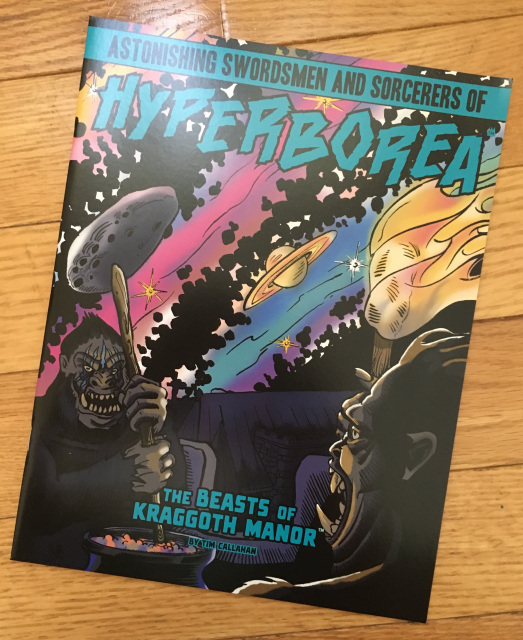 The Beasts of Kraggoth Manor

Your party have travelled northeast from the great city of Khromarium, through the unforgiving expanse known as the Lug Wasteland. You undoubtedly seek greater riches in the north: ruined tombs secreting ancient artefacts, deep caves filled with long-lost Atlantean technology, or strange villages built atop sacred Hyperborean burial grounds that brim with pre–Green Death treasures. Finally, after having emerged from the treacherous bogs, you set up camp on a craggy outcropping that provides dry land and a modicum of protection from the crawling unknowns. Straightaway your attention is drawn by a nearby light source, a fire not more than a hundred yards away. Through the cacophony of croaking frogs, buzzing insects, and hissing slimy things, a shriek of pain knifes through the air.

The Beasts of Kraggoth Manor™ is an adventure for from four to six characters of 4th through 6th level, for use with Astonishing Swordsmen & Sorcerers of Hyperborea™ and other traditional fantasy role-playing games.