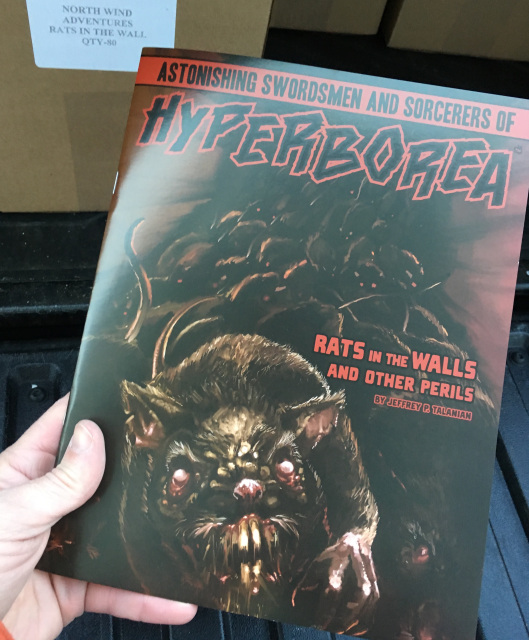 Rats in the Walls and Other Perils

Rats in the Walls and Other Perils features the classic Astonishing Swordsmen & Sorcerers of Hyperborea adventure, “Rats in the Walls”, by Jeffrey P. Talanian. This adventure, originally published in 2014 as a special “swag bag” giveaway at Gary Con VI, was inspired by the eponymous story by H.P. Lovecraft. This revised and lightly expanded version brings that title up to date with our current catalogue of adventure modules.

Rats in the Walls and Other Perils also includes two more short adventures: Chainsaw’s “The Brazen Bull”, and “The Lamia’s Heart”, by Jeffrey P. Talanian. (An early draft of the latter was published in the AFS fanzine.) Edited by David Prata, all three adventures are set in the dismal City-State of Khromarium and is designed for from four to six characters of 1st or 2nd level. Like our popular adventure module The Anthropophagi of Xambaala™, we think you will find this to be a great AS&SH campaign starter. It contains just enough mystery and danger to whet the appetites of your players, introducing them to the weird world of sword-and-sorcery role-playing in the City-State of Khromarium.