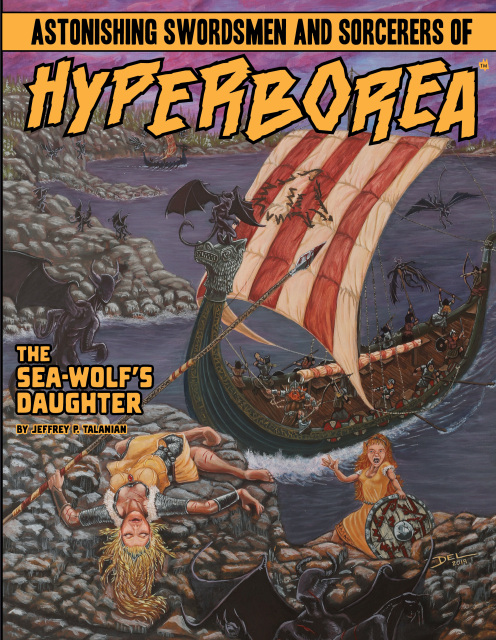 The Sea-Wolf's Daughter is an adventure in HYPERBOREA designed for four to six characters of 7th through 9th level.

Your party finds itself in the employ of Ragnarr the Sea-Wolf, a jarl of New Vinland and a reaver of old. His daughter, a shield-maiden named Gunnhildr, has been abducted by a brute called Björn Blackbeard. During a desperate search, the Sea-Wolf crossed sails with a former rival, and from the blood-flecked lips of a dying foe, he learnt the location of Blackbeard’s stronghold. Now, deep in the misty fjords of Brigand’s Bay, where cutthroats, pirates, and freebooters thrive, you have been charged with liberating the Sea-Wolf’s daughter.