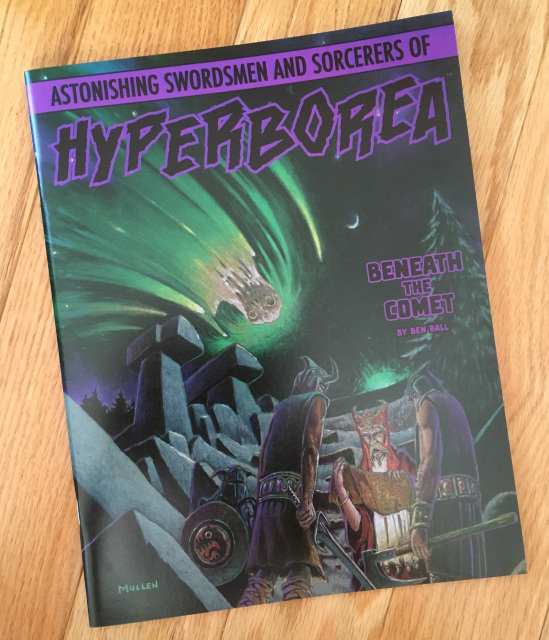 For weeks the Comet has blazed in the sky above Hyperborea, inspiring widespread superstitious dread and fear of some star-borne contagion. Under the light of this harbinger from the Black Gulf, the PCs have come to Bogrest, following a magical treasure map that reveals great wealth buried in the Lonely Heath north of the village. Finding that treasure will be no simple matter, however, for Hyperborea is a weirder and deadlier place than ever beneath the Comet.

Beneath the Comet is an adventure for from four to six characters of 6th through 9th level, for use with Astonishing Swordsmen & Sorcerers of Hyperborea™ and other traditional fantasy role-playing games. 44 pages.