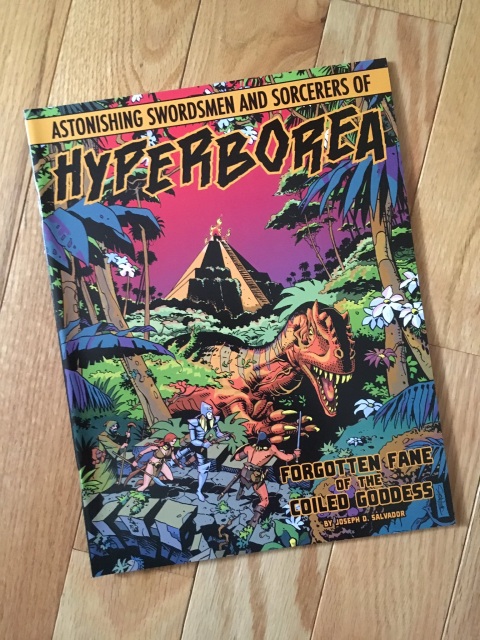 Forgotten Fane of the Coiled Goddess

More than a month ago, your party found itself in Port Zangerios, where you heard of an Esquimaux thief selling a treasure map. Low on wealth but high in courage, you sought him out. The man turned out to be a fearful ex-slave who had “acquired” the map from his Ixian master. The map is incomplete but shews the Isle of the Serpent in far-off Lemuria, where rests a fabulous treasure called the Feathered Crown of Nanasa (or so thought the Ixian). Pooling your money to purchase the unfinished map, you bought passage on an Amazonian trade ship. After passing through tempests and torrential rains that shimmered with auroral light, you have come to the great city of Jhaman Ket. Now you must seek out the location of the Isle of the Serpent.

Forgotten Fane of the Coiled Goddess is an adventure for from four to eight characters of 5th through 7th level, for use with Astonishing Swordsmen & Sorcerers of Hyperborea™ and other traditional fantasy role-playing games. 56 pages.