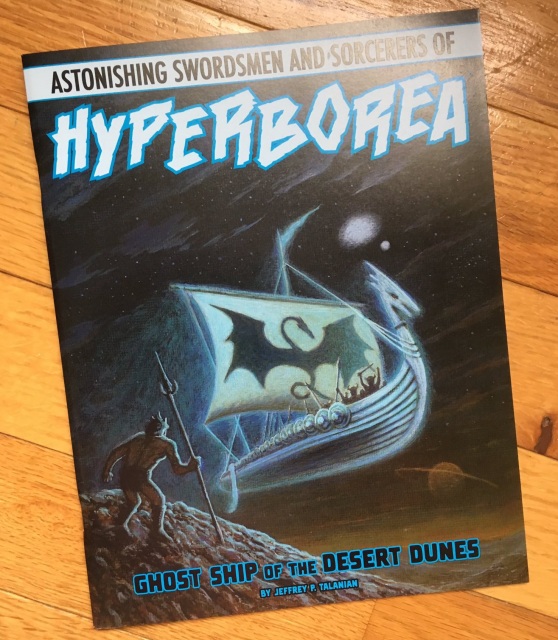 Ghost Ship of the Desert Dunes

Somewhere in the depths of Diamond Desert lie the skeletal remains of Ymir’s Serpent, a legendary Viking longship. In days of yore, Sigtrygg Forkbeard led his company upriver, piercing the desert’s hostile heart. There the Vikings unearthed a lost mine brimming with green diamonds, but the River Æolus desiccated as the Serpent prepared for launch, and the ship was swallowed by the dunes. Forkbeard and his company were never seen again, but tales of a shimmering Viking ghost ship gliding over the dunes persist to this day.

Ghost Ship of the Desert Dunes is an adventure for from four to six characters of 2nd through 4th level, for use with Astonishing Swordsmen & Sorcerers of Hyperborea™ and other traditional fantasy role-playing games. 56 pages.